Hosted by Sufen and Chiling Wu on April 16 from 11:30 AM – 2:00 PM, FCSN’s Music Time Cafe Concert at Friends Coffee and Tea was a joyful gathering of talented special needs musicians. The program featured 13 performances, with a wide variety of instruments ranging from guitar and marimba to cello and piano, as well as a sing-along dance party to close off the event. Before the adjournment, Pixar’s Turning Red voice actress Rosalie Chiang had a special guest appearance, speaking of her family’s own experiences growing up with a special needs brother.

Colorful decorations adorned the inside of the cafe, creating a cheerful atmosphere that paralleled the excitement of the musicians and audience members. A large poster was propped up on a piano behind the performers, reading “I CAN DO IT” in bold lettering. Draping from the wall were blue and gold lanterns and decorative balloons.

Inside the cafe, attendees quickly filled up dozens of chairs in anticipation for the event. First to perform was the New Hope band, a San Jose-based rock band composed of special needs individuals. Their performances left audience members swaying in their seats, happily cheering to the concert.

Throughout the concert, the audience’s spirits remained high. Chiling and Ashton performed a duet together on the Keytar, a lightweight synthesizer that is a semblance of a guitar and piano. Ashton was next to perform on the guitar, followed by Tony Nakamoto on the marimba. The concert featured multiple duets and collaborations between the musicians, including Chiling Wu and Andrew Quach who performed together on the percussion.

The performers had worked diligently to memorize their parts, as none of the musicians were reading off of sheet music during the concert. Notably, Chiling Wu performed many times during the afternoon. He performed on the Keytar, percussion, vibe, Chinese drum, and the cello. Similarly, Andrew Quach and Ashton were also featured in the concert more than once on multiple different instruments.

Not all of the performers were neurodiverse or had special needs, and several performers were volunteers within the FCSN community who wanted to share their musical talents with the audience. For instance, Hijewei, who introduced herself as the neighbor and longtime friend of Sufen and Chiling, had her own guitar performance of “Scarborough Fair” by Simon & Garfunkel.

During the performances, audience members could purchase drinks and snacks from Friends Coffee and Tea. The employees themselves were cheerful and welcoming, happy to greet any customers who were attendees at the music concert.

After all the musical performances were completed, Rosalie Chiang was eagerly welcomed to the stage. The 16-year-old Pixar voice actress recently celebrated the launch of Turning Red, a film centered around a Chinese Canadian girl who struggles with pursuing her own dreams while also obeying her mother. The film was released on Disney+ on February 21 and was an instant success, generating nearly $19 million at the box office. 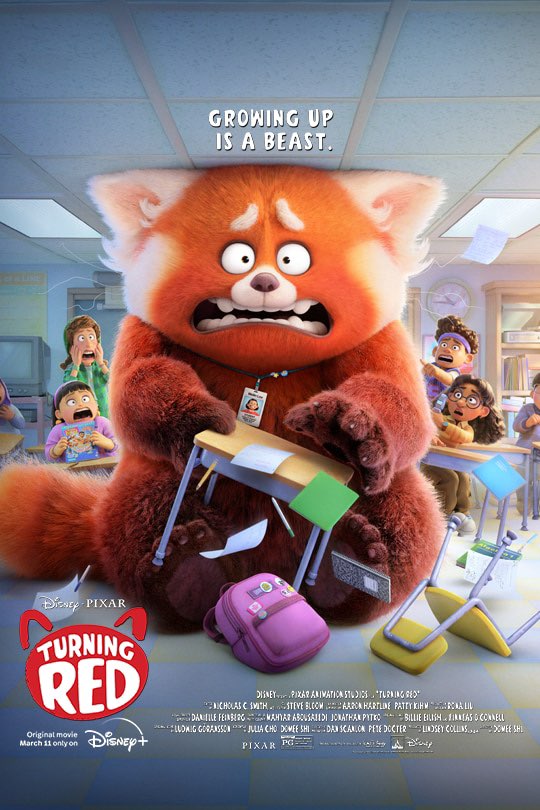 In her special feature, Chiang spoke to the audience about personal topics such as her own experiences with being a voice actress and growing up with a brother who has special needs. Seated alongside Chiang, her mother also addressed the importance of allowing children to pursue their passions. “Without having an older sibling [with special needs], I would not be so open minded to let her do what she wants … I would not have had the courage to think outside the box and to be brave — to take any risk and to focus on what is important,” her mother said.

With talented performers, bright decorations, and a special guest appearance from Rosalie Chiang, FCSN’s Music Time Cafe Concert was an event to remember. Closing off with a dancing and singing party, the concert left audience members feeling cheerful and excited.