Chiling has been interested in music for as long as his mother, Sufen, can remember. At four years old, he was reaching to play the piano on tiptoes. As he grew up, he was able to replicate melodies that he heard, often humming the music his sister played on her violin. Since then, his love for music, combined with his excellent musical ear, have allowed him to develop his musicianship skills to the point of great proficiency. He now plays a multitude of instruments, including the violin, cello, saxophone, marimba, dulcimer, erhu, Chinese drum, and, primarily, the piano.

“When Chiling plays, he really gets music, though he doesn’t understand,” Sufen says, reflecting on his natural instinct for all things musical, though he lacks neurotypical abilities of cognition. “Music is the easiest way to go into his mind.”

In 2017, Chiling and Sufen kicked off Music in the Park, also called Music in the Community, where Chiling holds concerts in local parks, allowing him to share his talents with the community. The concerts have varying themes, alternating between the instruments Chiling can play, and draw small but engaged audiences that comprise people of all ages and backgrounds. For example, one Music in the Park concert featured a graduate of the Berklee College of Music; nearby children always learn a little from Chiling’s playing when they come to watch; One elderly couple has attended every one of Chiling’s concerts, and was even invited to Chiling’s and Sufen’s home when a concert was cancelled one afternoon. Chiling gave them a personal performance in their front yard, a memory that Sufen looks back on fondly. She compares Music in the Park to “planting a seed and watching it grow”: like a communal garden, it unifies and makes a positive impact on people from all walks of life.

This metaphor aptly represents the true motivations behind Music in the Community: to bring the community together. This is especially true now, a year after the COVID-19 pandemic, when isolation has become the norm. Music in the Community is thus intended to bring music lovers together as we emerge from one of the dreariest years ever documented.

“These kids are the only ones left with real consciences,” Sufen shares. “So pure, so selfless. These are the role models we must learn from. So sometimes you just have to put yourself out there.”

In addition to Music in the Park, Chiling volunteers at Kaiser Permanente by performing music to hospitalized patients, and Sufen recently handmade over 1,500 masks to give away to individuals in need. Their kindheartedness and compassion are in line with their hopes of giving to their communities however they can. 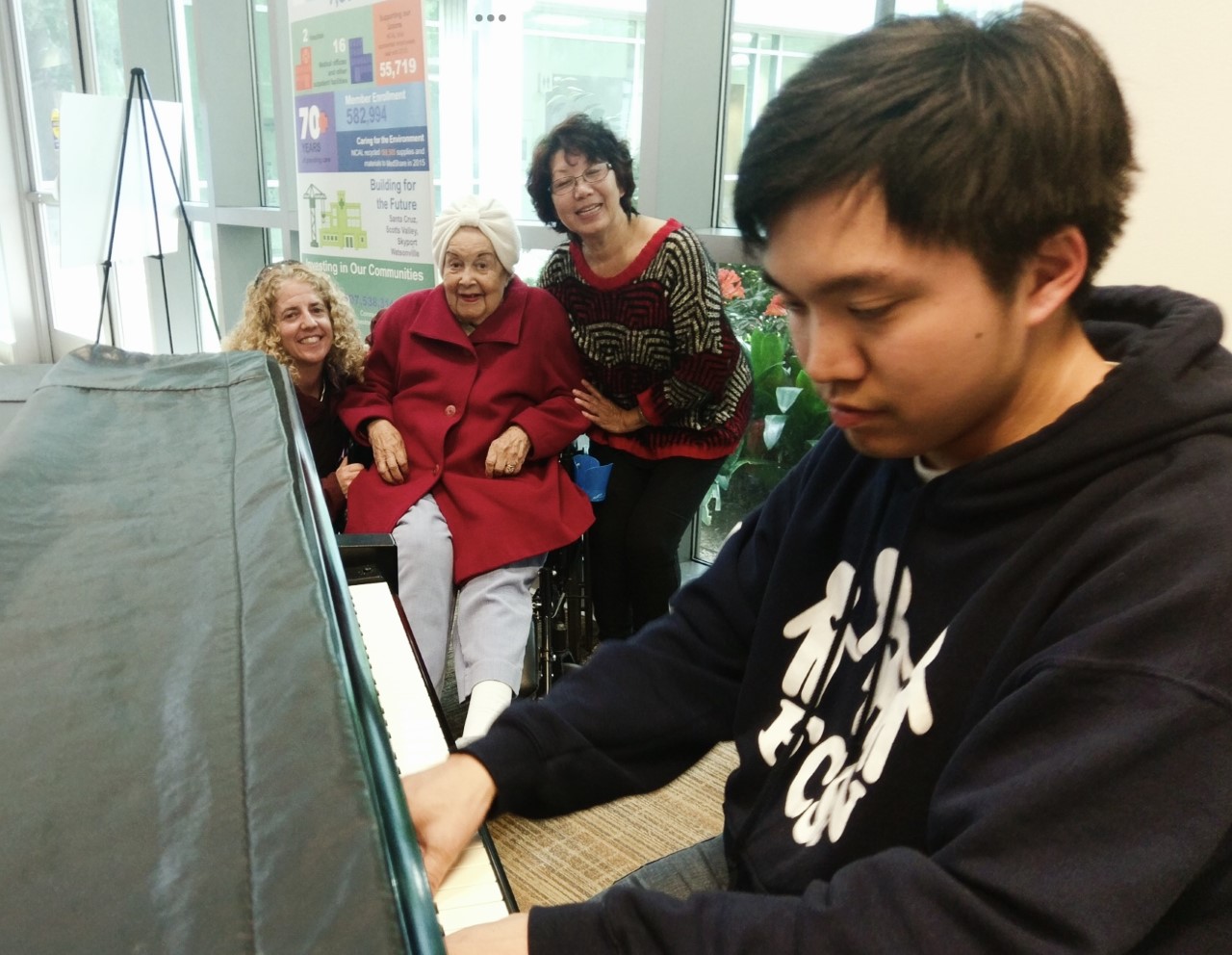 “There is so much thinking about getting and not enough about giving,” Sufen elaborates. “In any community, you have to give. You have to try your hardest to give away your passion. People will see that, hopefully, and be inspired to do the same for others.”